Frequency: between 5 and 25 minutes, depending on the season

(you can switch between these three routes)

Included in the ticket:

Bus Ticket for one or two days, Audio guides available in 11 Languages (of course English is available), as well as voucher booklets

(Or check out the Combo-Tickets below!!!)

It's so great that you don't have to choose only one of these routes! You can change the route whenever you want to.

If you purchase a two-day ticket, you can even enjoy both routes easy-going in two days.

Here a little extract of the three different routes:

You can start at Placa Catalunya, the junction of Barcelona. Take the bus in the direction of Passeig de Gracia - the old promanade of the Catalanes. You will pass two important buildings of Gaudis: the Casa Batlló and the Pedrera. Or you can get out of the bus and visit them!

After Passeig de Gracia, the bus takes the Avenida Diagonal in the direction of the shopping center L'Illa.

Later, you will pass the streets of Sants and you can take a look at Estacion Sants - the central station of Barcelona.

The next highlight will be Placa Espanya! The big rotary is impressive, and the view of the hill Montjuic and the MNAC (Museum of Catalan Arts) is breathtaking! Just go out of the bus and walk upon the hill or let the bus take you up. You will pass some Olympic buildings as well as the Miro Museum. From here, you could take the Teleferic up to the top of Montjuic to see the Castell. After that you can join the bus again.

It will bring you to the port and sea and back through the old city to Placa Catalunya.

You could start this route at Palca Catalunya as well. The bus again takes the Passeig de Gracia, but then it turns right - in the direction of Sagrada Familia! Stop here to see the great Church of Antoni Gaudi.

After that, the bus will take you up, through the quarter of Gracia, to the Park Güell - another Gaudi highlight.

Then you could go even higher – the Bus will take you to the CableCar station to go up the Tibidabo, with its little church and the attraction park for kids.

The bus will then pass a nice part of Barcelona to get you to the Monastery of Pedralbes - a little oasis in Barcelona. Then you will pass a royal Palaca to get to another one: the Camp Nou of FC Barcelona.

After that, the bus will bring you back to Placa Catalunya by taking the Avenida Diagonal.

This is the shortest route out of the three, but it is also very charming. You can't start at Placa Catalunya - you have to take the Red Linie first to get to the Olympic Harbour; there you can change the bus line.

The bus will take you along the sea to Diagonal Mar - a shopping center. But here you'll also find the forum, a new constructed part of Barcelona, with modern architecture and the Museum Blau (a museum of natural history).

After that, the bus will take you through the quarter of Poblenou where you can feel the spirit of startups and freelancers. Finally, you get back to the Olympic Harbour where you can take a bath.

starting at 28 Euro per Person

My Review of the Bus-Tour 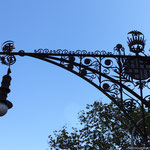 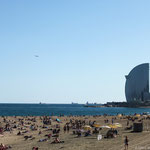 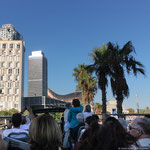 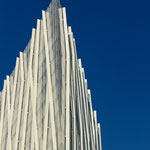 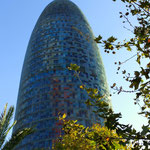 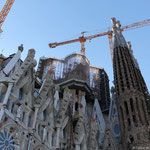