The Gothic Quarter — the "Barrio Gotico" — is the oldest quarter of Barcelona. Here you'll find a mixture of roman, medieval and modern culture and architecture!

With the overview in the "Barrio Gotico –Tour," you'll get a look at the versatile history of the town. There is even a tour for children available!

Or book a Picasso Tour through this quarter. The tour will end at the famous Picasso Museum, which you can visit afterwards!

And if you liked the book "Shadow of the Wind" by Carlos Ruiz Zafón, you can go on a tour and discover the places shown within the book!

Wednesday to Sunday, at 6 pm

Included in the price: Tourguide

"We want to thank you for both, the "Sagrada Familia Tour" and especially the "Barrio Gotico Tour". We enjoyed the time with your guide very much and have seen a lot of things we did not expected. Thanks again and many greetings from the cloud covered Berlin Markus" TicketBar-customer

The most known and most visited quarter of Barcelona is the "Barrio Gotico." Here you can see and feel the long history of Barcelona. You can also discover nice little bars and some shopping hotspots.

During the two-hour tour, you will get information about the founding of Roman Barcinos, and you will also see the medieval cathedral La Seu. You will pass hidden alleys and squares, and in the end you will see the political center of modern-day Barcelona - the Placa St. Jaume.

Be ready for a trip back into history and a deep dive into the city's rhythm.

My Review of the Barrio Gotico Tour

To try the booking process and the tour itself, I visited the Barrio Gotico-Tour.

First I want to mention some points of the booking process. At some points, it can be confusing - but don't be detered! If you are looking at the TicketBar site in your preferred language, the tour will automatically be in this language. During the process, you won't have the possibility of choosing a language for the tour - which can be confusing. But the website is very intelligent and figures it out by itself! ;)

Next, I want to mention that my confirmation didn't arrive directly. Rather, the first confirmation from TicketBar arrived on time - but they mentioned that there will be a second confirmation from the Agency in Barcelona within 24 hours. But this didn't happen. It was Barcelona’s high season and so they had a lot to do - that was probably the problem. On my request, I received my guide-voucher.

The day of the tour, the guide was a bit tricky to find. He had no folder or anything else. I will give this feedback back to the agency, because I think that it causes unnecessary stress.

But let’s talk about the tour! During this 1.5 - 2 hours, we’ve seen very interesting places throughout the Barrio Gotico and the district of Born. We started at Placa Catalunya and the guide gave an introduction of Barcelona and the district of Eixample. And then we entered the older history of Barcelona. Apart from the "Els quatre gats," the Bar where Picassos had his first exhibition, we saw the churches of Santa Maria del Pi and Santa Maria del Mar, the hidden Placa Neri, the temple of Augustus and the new opened cultural center of Born.

This was the point where the guide left us. If you don't know where exactly you are - because this can happen easily in these little streets - ask him to give you directions on how to get back to Placa Catalunya!

The tour through the gothic quarter was a wonderful start to getting to know Barcelona and its long history - from the Roman settlement until today. You will see parts of Barcelona which you probably wouldn't otherwise see if you were going on your own path. And you will see Barcelona through different eyes! 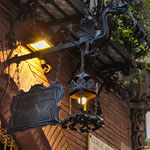 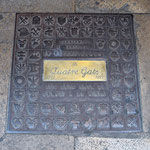 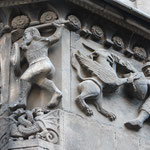 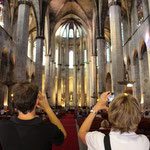 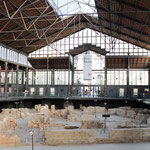 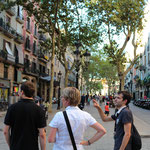 Skip the line by booking a guided tour!

Included in the price:

Guided tour through the city, Entrance fee for Picasso Museum

"We would definitely recommend that you take this trip. We learned a lot, especially about Picasso's early life which was fascinating as the focus always tends to be on his later cubist works. It was great to be in a small group of five too as the whole event was very personalised." TicketBar-customer

The Artist Pablo Picasso lived in Barcelona as he was a child and student. With this tour you can follow his routes. Where did he live? Where did he study, work and exhibit? What is the "Els Quatre Gats"?

The guide will tell you the most important facts about Picasso, his live and work, and they will prepare you for the visit of the Picasso Museum. You will visit it after the city-tour and the guide will hand you out the tickets.

Inside of the Museum you will find Picassos first works, the famous "Blue Period" and the detaild examination of Velazquez work "Las Meninas". (Visit of the Mueum without guide)

Take a tour through Barcelona and skip the lines to visit the Picasso Museum!

Included in the price: Tourguide and children-activities

Not included: Workshop for 1 Euro per Person

- All children must be accompanied by an adult

- Maximum number of participants per tour: 20 (including children and adults)

"A great way for a family to spend a morning or afternoon. Ann Marie, has an intimate knowledge of Old Barcelona, is a gifted story teller and a great way with children. We saw many of the must see sights as well as some of the not so obvious ones. My 3 children had a great time - we would all recommend this tour.Thanks, Ann Marie.", GetYourGuide-customer from UK, July 29th, 2013

This child-friendly walking tour will show you the old Gothic Quarter. Enjoy an itinerary filled with adventure and activities that include stories, games, and songs connected to the city.

Meet some giant kings and queens of Barcelona; discover speaking trees and their legends! Yes, Barcelona is full of magic! Learn and play as you walk the medieval streets of Barcelona’s Gothic Quarter.

Extra workshops will show you how giants are made (1 Euro per person)!

Have fun and discover Barcelona in a family-friendly way!

Literary Walking Tour “The Shadow of the Wind”

Included in the price: Tourguide

"This is such a great concept, I wish they did it for more books (or movies, it would work just as well). If you've read and loved The Shadow Of The Wind like I did, you shouldn't miss it, it'ssuch a fun experience to relieve these streets that Zafon so beautifully rendered in the pages of his masterpiece. Our guide Julio had obviously read the book and loved it too, which I was very grateful for, as I imagine it makes a real difference to be with a fellow enthusiast as opposed to someone who's just read the book out of duty or simply memorized which places that come up in the story. No, this is a tour for literary buffs by literary buffs: bravo!" GetYourGuide-customer from USA, June 23rd, 2013

Author Carlos Ruiz Zafón, born in Barcelona, shows you an impression of Barcelona in the early 20th century with his global bestseller “The Shadow of the Wind.”

On this 3-hour walking tour, you will step into its pages and discover parts of Barcelona so vividly captured by the novel.

The tour departs from the famous Ramblas Sta. Monica. Walk through the shadowy Gothic Quarter and Ribera, reliving events experienced by Daniel Sempere, Julian Carax, Fermín Romero de Torres, and other characters from the novel.

Explore a labyrinth of mysteries, see the house and bookshop of "Sempere and Sons" and head past the old library of Ateneu Barcelonès.

Step into the pages of Shadow of the Wind!